Can a Jaywalking Pedestrian Receive Compensation after a Crash? 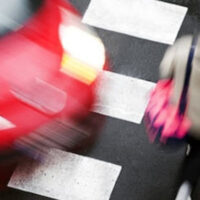 Jaywalking is against the law in Indiana—and for good reason. Motorists are not expecting people to dart out into the middle of the road. Instead, most sensible drivers expect pedestrians to cross at the crosswalk when given permission to do so. Someone ticketed for jaywalking must pay some meaningful fines.

However, does this mean that a jaywalking pedestrian can never receive compensation if they were struck by a motorist? Our Indianapolis pedestrian accident attorneys can help explain the law.

Fault is determined by negligence. Put simply, the person who did not exercise due care is at fault for the crash and should pay compensation to the victim.

Years ago, Indiana recognized something called contributory negligence. This rule barred a victim from bringing a lawsuit for compensation if he or she was even a little bit negligent. It did not matter how careless the other side was. If the victim was even 1% to blame for an accident, they were forever barred from bringing suit.

The Indiana Comparative Fault Act changed that. Under Indiana Code 34-51-2-6, a victim is prohibited from bringing a lawsuit only if her negligence is “greater than” the combined negligence for all other parties. In other words, a victim can be up to 50% negligent—but not more—and still be able to sue.

Jaywalking is a Form of Negligence

A pedestrian who jaywalks has admittedly been negligent. They have broken a traffic safety rule and, more to the point, have done something that a reasonably careful person would not do.

However, under the comparative fault rules, this does not mean the pedestrian is always prohibited from seeking compensation. Instead, we need to compare the pedestrian’s negligence to that of the driver who struck them.

There is one caveat: a victim’s compensation will be reduced by their portion of fault. So someone who is 40% to blame will receive 40% less in compensation. Still, the law allows them to get something.

It’s possible for a pedestrian to receive compensation if the motorist was more negligent—or equally so. For example:

In each of these examples, the motorist could be at least 50% to blame for the collision with the jaywalking pedestrian, or even more at fault. Who decides? The insurance companies will first try to apportion fault themselves. If they disagree, then the case might go to a jury to decide.

At Indianapolis Injury Lawyers, we help injured victims get the money they need to cover their care and support their families. Let us help you. You can schedule a free consultation with our firm by calling us today.

By Indianapolis Injury Lawyers | Posted on August 28, 2020
« What is a Loss of Consortium Claim in Indiana?
Can You Receive Compensation for a Herniated Disc? »