Do You Need a Dashcam? 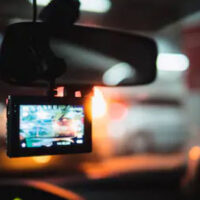 A dashcam is a video camera mounted to the dashboard or windshield. It records whenever your car is running and can capture what happens in front of the vehicle. Police officers often use dashcams, which is why we have video of officers running after fleeing suspects.

There are many reasons why a driver might want to install a dashcam, which could provide critical evidence of a car accident. However, dashcams are not currently required in Indiana.

Dashcams Can Prove You Weren’t at Fault for a Collision

Imagine a motorist pulls directly in front of you when there is not enough room, causing a rear-end collision. Under these circumstances, the driver in front might claim that you were following too closely and are therefore responsible for the crash, even though the driver’s own actions are to blame.

With a dashcam, you could prove quite clearly that the driver cut you off and was negligent. This evidence could help you with an insurance claim or a lawsuit.

Of course, dashcams cannot capture all accidents. You might have been struck in the rear or on the side, and a dash cam will not capture it. Still, having proof of the actions you took in the moments leading up to a collision is almost always helpful.

Cost is always a concern. However, dashcams will only put you back around $60-150 according to ValuePenguin. This is a very reasonable cost, especially if it saves you thousands of dollars in a car accident claim. Remember, if you are found at fault for a collision, you could see premium increases of around 40%.

Dashcams vary in terms of complexity, with more complex models costing more. Some cams hook up to your cigarette lighter, while others are hardwired into the car’s electrical system. Other dashcams have features like built-in GPS or voice-activated commands.

You Won’t Qualify for a Reduction in Insurance Premiums—Yet

In Europe, many insurers will reduce a driver’s car insurance premiums if they install a dashcam. This is why they are so popular in many countries. Because dashcams cut down on fraudulent claims, it’s only fair to pass savings on to consumers who install in.

However, no insurer in the United States offers this type of discount—yet. Of course, things might change, and you should consider investing in a dashcam right now to stay ahead of the curve.

Criminals might avoid robbing your car if they see that it has a dashcam. Some cameras are motion-activated, which means it will come on if someone opens the door. A prominent dashcam is a lot like a security camera mounted outside a home—a warning that will scare away many criminals.

The Indianapolis car accident lawyers at Indianapolis Injury Lawyers will gladly meet with anyone involved in a car accident to determine whether they have a valid claim for compensation. We have found dashcam footage helpful and encourage motorists to consider installing one. To speak with an attorney, contact us to schedule a free consultation.

By Indianapolis Injury Lawyers | Posted on August 14, 2020
« What Is Reckless Driving?
What is a Loss of Consortium Claim in Indiana? »