Does a Truck Driver’s Age Contribute to Accidents? 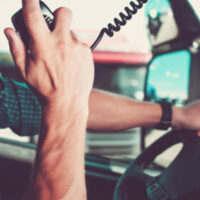 Over the past decade, the trucking industry has struggled to find enough qualified drivers, and they have developed strategies for addressing this shortage that might be putting the public safety at risk. Inexperienced or very old drivers can make critical errors that contribute to truck accidents. At Indianapolis Injury Lawyers, our Indianapolis truck accident lawyers are strong advocates for public safety, and we work closely with victims to obtain adequate compensation for their injuries. Contact us today to learn more.

To find enough drivers, many companies are recruiting retirees. According to CBS News, drivers age 70 or older make up roughly 10% of commercial truck drivers. Although these drivers bring considerable experience to their job, they might also be causing too many accidents.

CBS analyzed crash data from 12 states between 2013 and 2015. They found that there had been a 19% increase in accidents caused by truck drivers aged 70+. The numbers represented roughly 6,636 accidents in these twelve states alone. No doubt, there were many more accidents caused by senior drivers in the nation as a whole.

Older drivers bring certain risks to the job. For example, they might be in worse health and could suffer a medical event while behind the wheel, such as a heart attack or stroke. Older drivers also typically have worse vision, which can increase the chances of an accident. An older driver’s reflexes might be a fraction slower, leading to wrecks.

The trucking industry counters that most accidents are not caused by older drivers. In fact, they aren’t caused by truck drivers at all—instead, the drivers of passenger vehicles are to blame for most accidents. Even if true, having more elderly drivers on the road can certainly contribute to collisions.

Currently, commercial truck drivers must be at least 21 before they can drive a truck across state lines. Now, the Federal Motor Carrier Safety Administration (FMCSA) has proposed a pilot program that will allow drivers as young as 18 to begin driving.

According to Overdrive Online, an eighteen-year-old can participate if they hold a commercial driver’s license and participate in a 120-hour probationary period, followed by a 280-hour probationary period that is part of an employer’s apprenticeship program. Drivers must show they have attained competency in certain driving skills, such as weight distribution, city traffic, and night driving. Those participating in the pilot program cannot transport hazardous materials.

This pilot program has received harsh criticism from safety advocates, who believe that the federal agency is bending to the will of the trucking industry. To be sure, young and inexperienced drivers are a risk on the roads. However, the FMCSA points out that states allow those as young as 18 to haul intrastate—so they are already out on the road.

Indianapolis Injury Lawyers has fought the trucking industry in many cases, and we know how to win cases. Let us analyze your case and determine the best path for obtaining compensation. Our consultations are free and confidential.

By Indianapolis Injury Lawyers | Posted on November 13, 2020
« How Long Does it Take to Settle a Case?
What to Do if Your Child is Injured in a Car Accident »