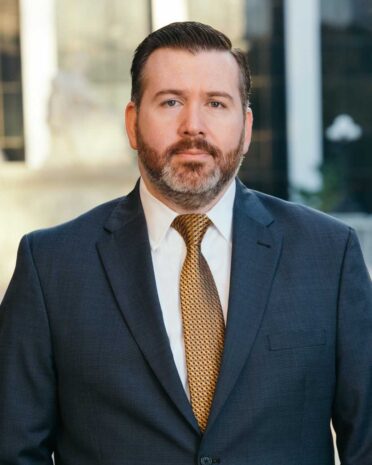 Attorney Bradley Keffer is a founding partner at Indianapolis Injury Lawyers. An experienced litigator, Bradley devotes his knowledge, skill, and experience in litigation toward helping victims of Indianapolis and Indiana car accidents and other personal injury accidents recover compensation for their injuries.

Bradley started in law as a deputy prosecuting attorney in Marion County (Indianapolis) and Tippecanoe County (Lafayette). In this capacity, Bradley led the counties’ Fatal Alcohol Crash Team (FACT) programs, with the responsibility to investigate and prosecute DWI and OVWI cases involving death or serious bodily injury in drunk driving crashes and hit-and-run car accidents. Bradley was specially trained in the investigation of collisions and accident reconstruction by the Indianapolis Metropolitan Police Department and received training by the United States Secret Service for presenting computer forensic evidence in court. He put this training into practice when he was on the scene at some of the most serious car accidents that occurred, followed by leading the criminal prosecutions of the responsible drivers. Obtaining a criminal conviction requires proving a case against the defendant beyond a reasonable doubt. Now, as an attorney litigating car accident cases for injury victims in civil court, Bradley is more than capable of proving cases to the lower civil standard of establishing liability through a preponderance of the evidence.

Bradley completed his undergraduate studies at Miami University in Oxford, Ohio, where he graduated with honors. He made the Dean’s List and was elected to the Honor Society. Bradley also received the Miami University Mock Trial Award and was a record-setting three-time recipient of the American Mock Trial Association All-American Attorney Award. He earned his law degree from the Indiana University School of Law in Indianapolis, where he graduated cum laude and received numerous awards, including the Norm Lefstein Pro Bono Service Award and the Christopher Lloyd Award for Best Advocate. Bradley was a member of the school’s Trial Advocacy Team and National Moot Court Team.

While in law school, Bradley interned with the Civil and Criminal Divisions of the United States Attorney’s Office for the Southern District of Indiana. He additionally completed externships with a number of courts and government offices, including:

Committed to Law and the Legal Profession

Bradley is admitted to practice before all Indiana state courts as well as the United States District Courts for the Northern and Southern Districts of Indiana and the Seventh Circuit Court of Appeals. He was honored with the Indianapolis Bar Association Board of Directors Award in 2012 and 2013. Bradley maintains active participation in numerous professional associations, including: