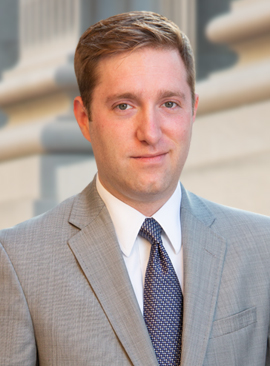 A native of the Indianapolis area, attorney Tom F. Hirschauer III comes from a family of lawyers who have practiced law in Indiana for more than 75 years. Tom is a partner at Indianapolis Injury Lawyers, an Indianapolis law firm helping victims of car accidents and other personal injury get the care and compensation they need after getting hurt by the negligence of another.

Skilled and trained in severe and fatal car crashes

Tom’s legal career began as a deputy prosecutor in the Marion County Prosecutor’s Office, where he led the office’s Fatal Alcohol Crash Team (FACT) program. In this position, Tom was on the scene assisting the investigation of the most serious car crashes in Indianapolis, gathering evidence and later litigating criminal prosecutions against drunk drivers and hit-and-run drivers. Through this position, Tom received training in Crash/Accident Reconstruction from Northwestern University and Forensic Toxicology from Indiana University. Tom tried more than twenty jury trials and countless bench trials in this capacity, including some of the most complex cases in the state. He has additionally taught attorneys and law enforcement officers in DUI investigation and enforcement, as well as traffic laws and the investigation of traffic-related matters.

As a partner at Indianapolis Injury Lawyers, Tom brings his knowledge, skills, training, and experience as a fatal crash prosecutor to bear on holding drunk drivers and other negligent drivers accountable to the people they hurt in Indianapolis car accidents. After a career of proving criminal cases against drunk drivers beyond a reasonable doubt, Tom is more than qualified to prove the liability of negligent drivers by a preponderance of evidence in civil court.

Committed to Legal Knowledge and the Advancement of the Legal Profession

Tom attended Xavier University in Cincinnati, Ohio, for his Bachelor’s degree and earned his Juris Doctor law degree from the Ave Maria School of Law in Ann Arbor, Michigan. Tom is licensed to practice in all Indiana state courts as well as the U.S. Northern and Southern District Courts and the U.S. Court of Appeals for the Seventh Circuit. Tom has taught numerous classes and seminars for attorneys and law enforcement officers, including presenting at Indiana Traffic Law School for the Indiana Continuing Legal Education Forum in 2013 and 2014. He also presented on Trial Practice and DUI Advanced Trial Skills at the Indiana Prosecuting Attorneys Council.

Tom is committed to advancing and upholding the ideals of the legal profession and is a member of the following professional associations: